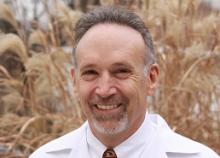 Dr Thomas F Drost, MD, ND, FACS first realized his calling as a physician at the age of eleven before entering junior high. He was very taken by the lives and practices of several family physicians in the small town where he grew up in southern Nevada and was encouraged by his parents to pursue the medical profession. He attended the University of Wyoming on a varsity football scholarship, earning a BS in Zoology/Physiology (premed). He then attended and graduated from the University of Nevada, School of Medicine in 1985 and completed a general surgery residency and trauma fellowship at the University of South Florida in 1991.

Dr. Tom served four years as a surgeon for the U. S. Army as a Major where he served both abroad and in the U.S. During this time he experienced the ins and outs of a public health system, based upon the model of disease prevention used to maintain the health of the troops and their families. He then entered the world of a private surgical practice in Las Vegas, Nevada. It took only four short and painful years for him to come to the conclusion that medicine, and the way it was being delivered, was not the same as it was during his boyhood years. He feels the overall health of our society is deteriorating into chronic illness, patient and physician satisfaction are at an all time low, and many previously successful therapies for many illness are no longer working or effective. Dr. Tom decided he would find a better way to deliver health care or quit!

Dr. Tom left a successful surgical practice in Las Vegas to enroll at Bastyr University in Kenmore, Washington, one of five accredited naturopathic universities in North America. While practicing general surgery with a Seattle group, he earned a post graduate degree in Naturopathic Medicine. Dr. Tom Drost is currently a licensed physician and board certified surgeon in the state of Illinois practicing environmental medicine, men’s health, IV therapies and specializing in chronic conditions. His goal is to optimize and bring clients' health back into focus, and helping them to live and experience a better quality of life. His practice of environmental medicine includes cleansing/detoxification, allergy elimination, and treating toxic exposures. He completed additional training in environmental medicine under one of the nation's leading experts, Dr. Walter Crinnion. Dr. Tom combines the principles of conventional medicine with naturopathic principles, using such modalities as botanical medicine, IV nutrition and chelation, nutritional supplementation and lifestyle modification. Dr. Tom has expanded his interest in men’s health by implementing a comprehensive men’s health program. Dr. Tom is a respected physician in his community and maintains open and cooperative relationships with other physicians and health professionals of all disciplines.

In his spare time, he enjoys travel, sports, exercise, spending time with his daughter and his dogs, working in the garden, and the hobby of collecting Lionel toy trains.

July 01, 2015
This is the first of what I hope is many blogs I will write. I have put off writing my blogs

Does the Food You Eat Contain Junk Ingredients?

March 28, 2014
How would you like a free food App that tells you if that food contains Genetically Modified (GMO)
END_OF_DOCUMENT_TOKEN_TO_BE_REPLACED